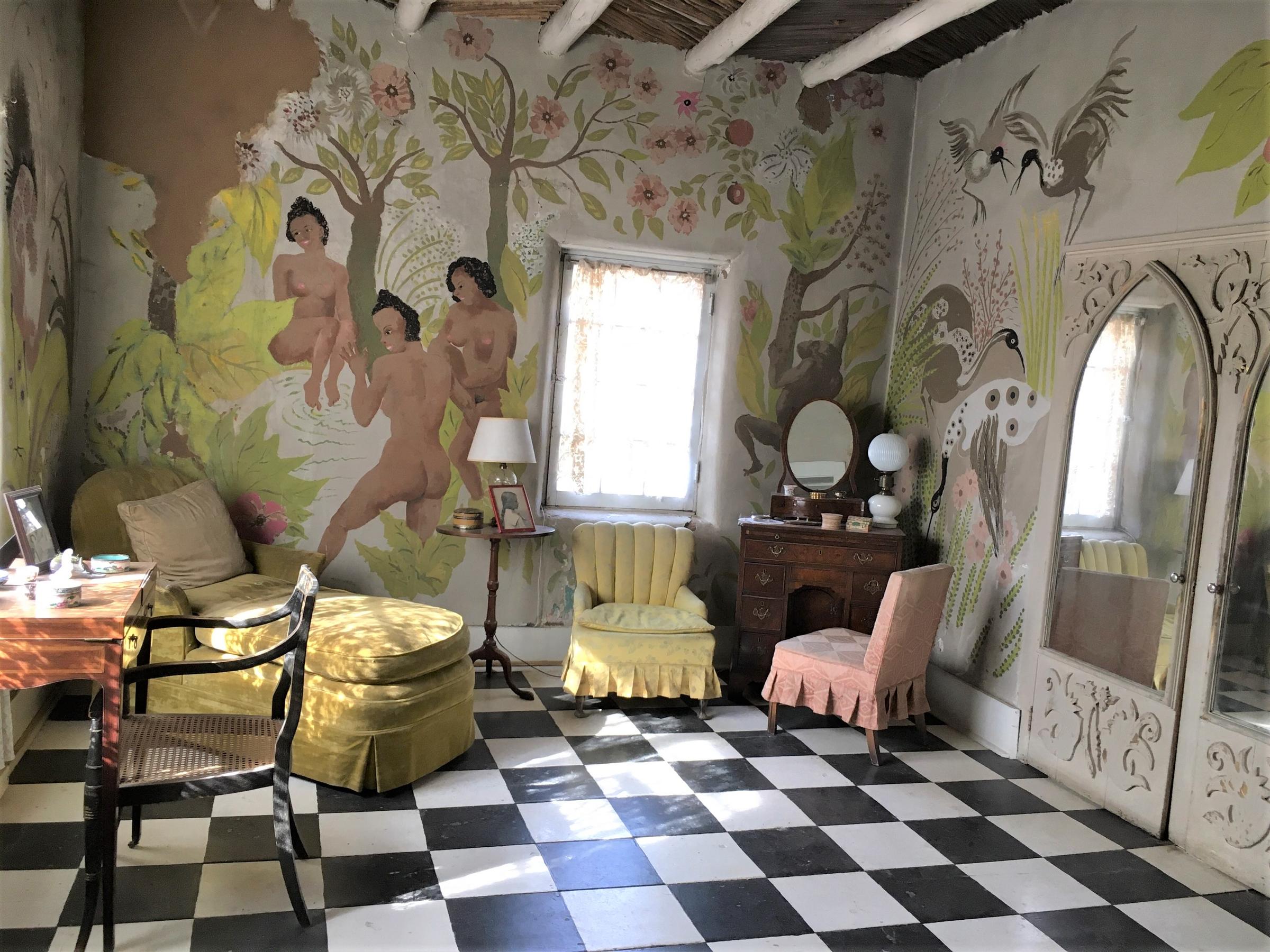 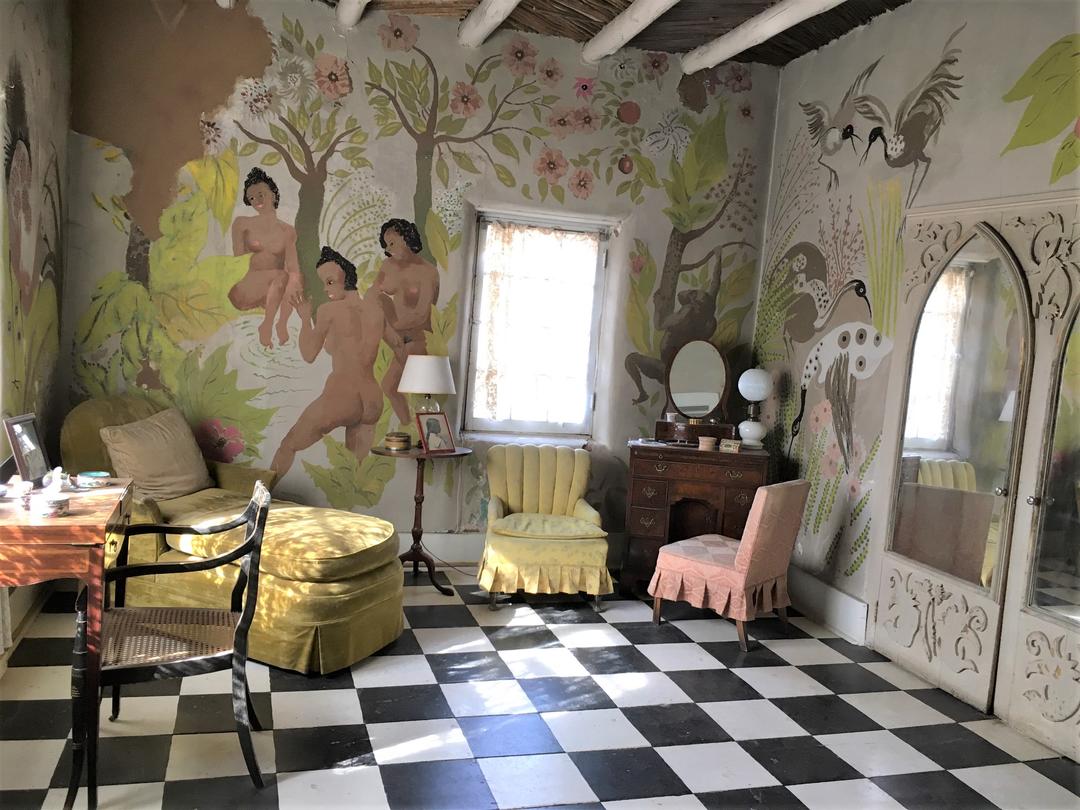 Karen Foss followed her dream and moved to Santa Fe in 2010 from Saint Louis MO, where she was a TV news anchor for nearly 30 years with KSDK, the NBC affiliate.

Karen has this to say: As one of the newer docents, most of my stories come from other docents. I believe Kim Straus told me this one:

One of the favorite rooms in the Davey House for most visitors is Isabel’s dressing room. It was added to the house after Randall Davey married his second wife Isabel, or Belle, as she was known, in 1932. As she left for a trip with her sister, she casually said to Davey, “Please get that room painted while I’m gone.” Chances are she didn’t expect the fantasy tropical paradise that Davey’s imagination brought to the task. The creation appears to have been inspired by the Tahitian paintings of Gauguin which came to the attention of the art world in the early 1900’s.

The remarkable décor even attracted the attention of LIFE Magazine in 1949. Looking closely at the photos printed in the magazine we see that there have been some alterations to the room. The mural also was altered but the original theme remains.

Our Audubon friends tell us the stork-like birds Davey painted on the walls are like no birds actually found in nature. Davey also drew upon his avian imagination when he painted the lively blue birds on the door which leads from the living room to the bedroom. While Belle stored her wardrobe in this tropical splendor, Randall’s clothes hung in a tiny corner closet, closed with a simple muslin curtain and shared with the water heater, to the right of the Daveys’ bed.