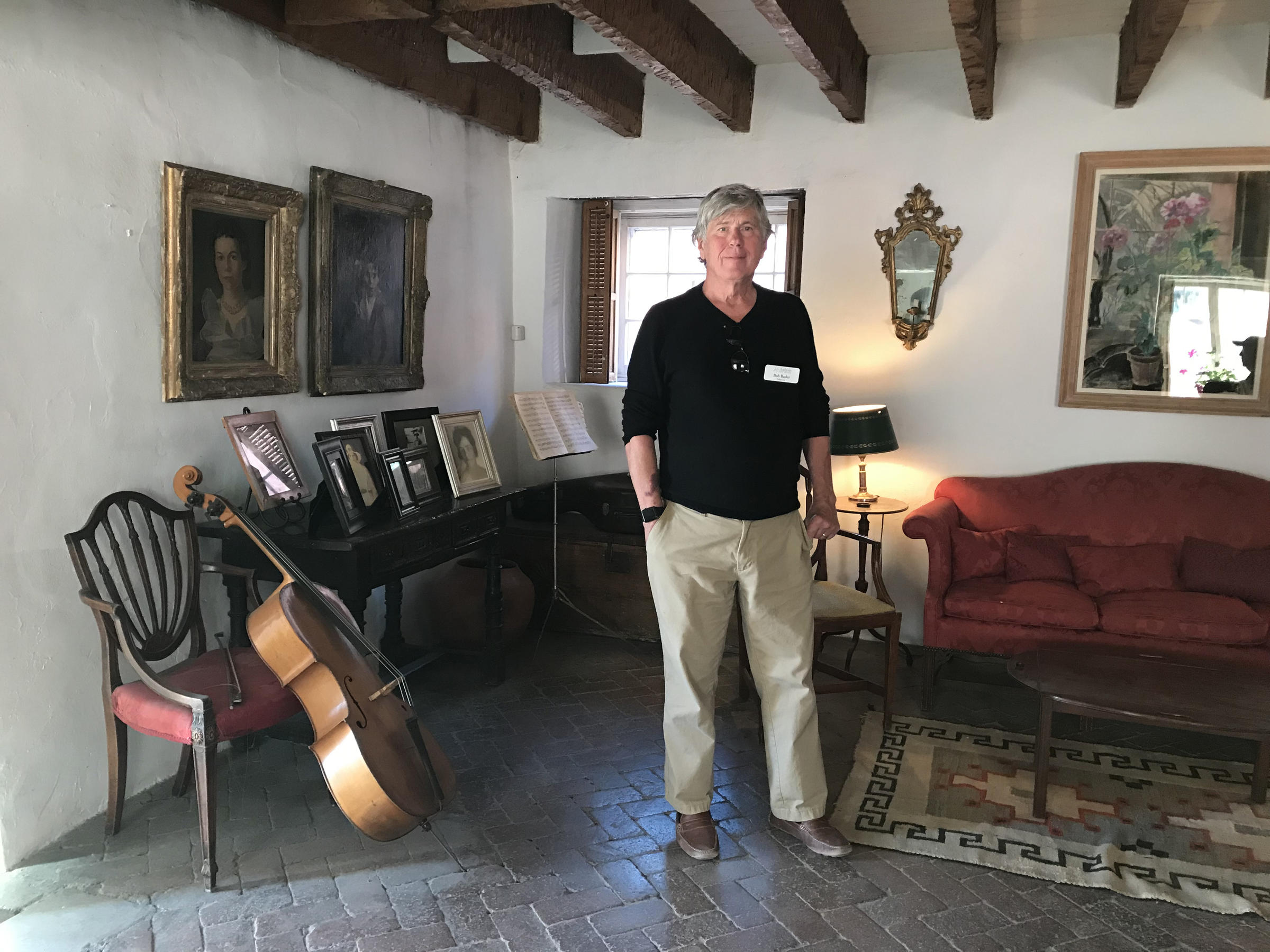 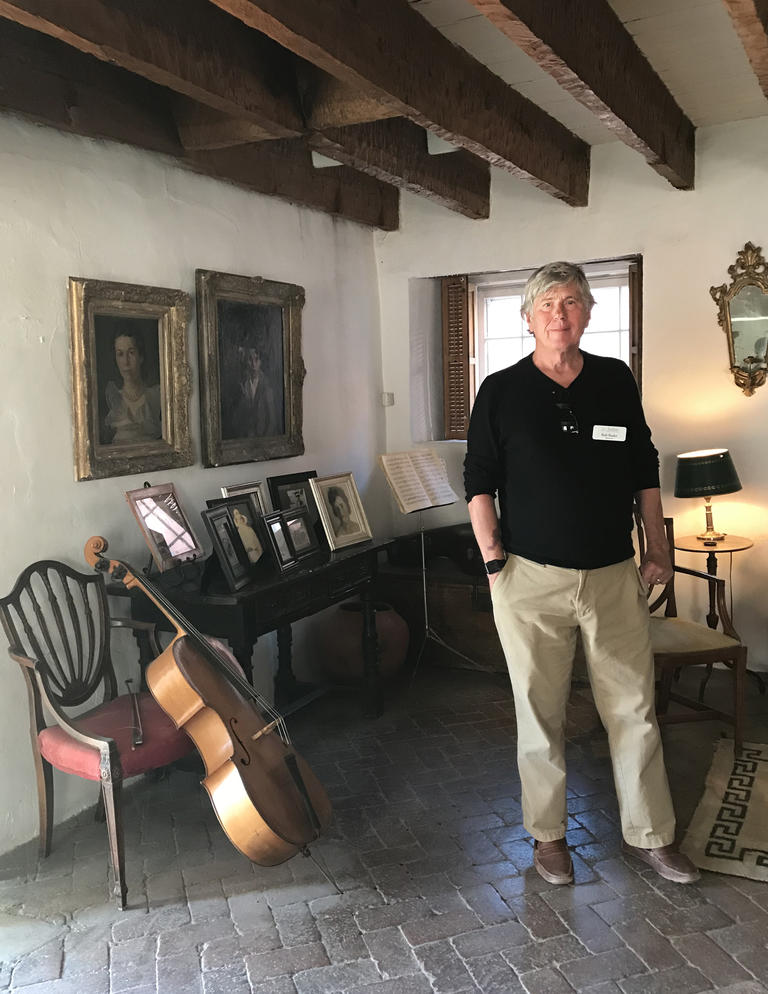 A retired journalist who roamed the world for three decades with Reuters, Bob moved to Santa Fe in 2012 and has been a Davey docent for 15 months. Before moving here, he lived in New York City, Hong Kong and Washington, DC. Bob went through the Khyber Pass twice, and was annoyed that they didn’t sell souvenir t-shirts. Bob enjoys hiking, writing, cooking and just waking up in paradise every morning.

Here's his favorite story about the Davey house and main inhabitant:

In the living room of the Davey home there is a photo of a stunning portrait of Florence Davey, Randall’s wife. The portrait, which hangs in the National Gallery of Art, was painted by prominent 20th century artist George Bellows. Another Bellows' painting set an art auction record in 1999, selling for $27,000,000 to Bill Gates.

One evening in 1914, Bellows and Davey we’re playing pool, and they decided to make it interesting. Since they were both artists, they agreed the loser would paint a portrait of the winner’s wife. Davey won, and this portrait was the result. It is, surprisingly, the only known portrait of Florence.

Why would this be true, when the woman was married to a prominent portrait painter? Here is where the tour gets juicy.

In 1930, Davey was commissioned to paint a portrait of Cyrus McCormick III, the wealthy grandson of the man who invented the reaper. In the course of coming to Davey’s studio along with his wife, to pose, an odd thing happened. Cyrus McCormick and Florence Davey fell in love. Both divorced their spouses, and married each other in 1931.

Randall was so embittered by this that he methodically destroyed every portrait he had ever done of Florence. Only the Bellows survived, and today it is priceless.